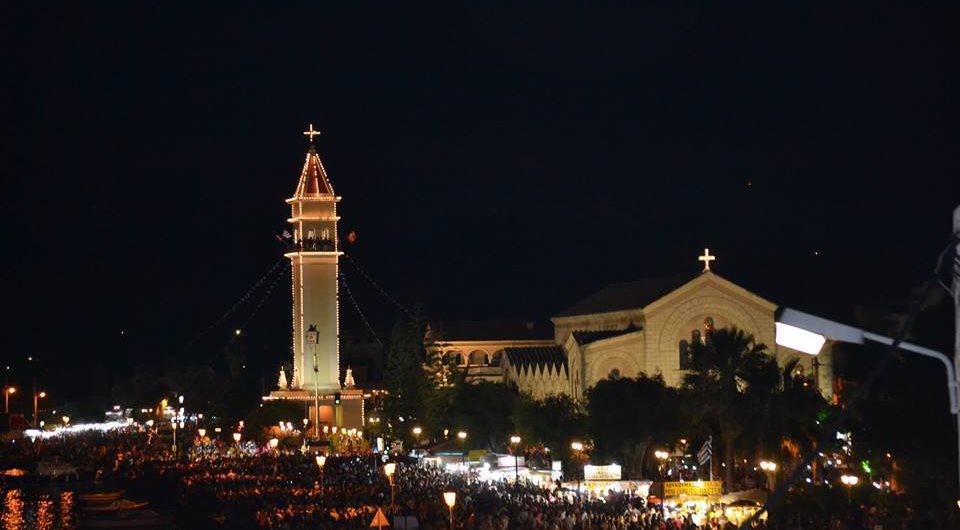 Twice a year the Zakynthians honor their Patron Saint Dionysios. All devoted Orthodox Christians arrive at the church where their concentration is drawn to the Holy Body untouched by deterioration.

The first of the two festivals is held on the 24th of August in memory of the transportation of the Holy Body from the islands of Strofadia to Zakynthos, which happened in 1717. The second festival, which is held on the 17th of December, honors the memory of the place where Our Saint went to sleep in 1622. Both of these ceremonials receive unique glory every year and they last three days each, (23rd – 26th August and 16th – 19th of December).